Complete this short form to learn more about the online BAS in General Business degree from New Mexico Highlands. 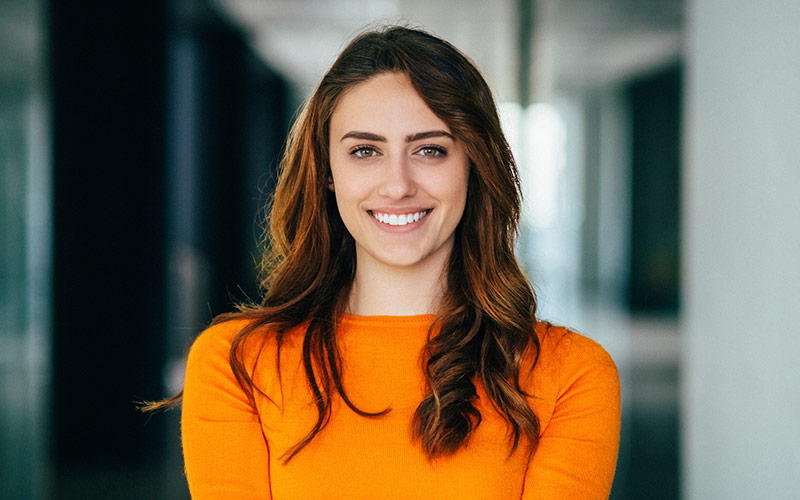 The online BAS in General Business degree is designed for students who have completed occupational/technical degrees at community, vocational and technical colleges or those who have completed occupational/vocational training in U.S. Armed Services schools. Applicants must have 30 transfer credits for admission. With NMHU, you can finish your bachelor’s degree in as little as 21 months and prepare for the next step in your business career.

Choose from 16 elective options to customize your degree for the job you want. As a student, you’ll gain a deep understanding of key business areas and graduate ready to pursue roles like budget analyst, market research specialist, sales manager and marketing manager.

Advance Your Business Career in a Range of Roles

The foundational business knowledge you gain in our online BAS in General Business degree completion program will prepare you for careers in finance, management, marketing, entrepreneurship, human resources and more. Employment in business and financial occupations is expected to grow 8% through 2030, adding over 750,000 new jobs to the market.1

With bachelor’s degree holders earning 40% more than those with an associate degree,2 continuing your education with New Mexico Highlands sets up you for long-term professional success.

As an NMHU online student, you will complete a foundational core of general business coursework and then customize your studies by choosing nine electives that align with your interests and professional goals. Each course is eight weeks long and delivered 100% online. Study topics like economics, management, marketing and strategic decision-making to excel in a wide range of business roles.

We’ve designed our online application process to be quick, easy and stress-free. To apply to the online BAS in General Business degree, you’ll need:

Earn Your Degree at an Affordable Price

New Mexico Highlands University believes everyone should have access to high-quality, affordable programs. By transferring 30 required credits into the online BAS in General Business program, you can finish your undergraduate degree while saving time and money. Talk to our admissions team for detailed information about financial aid, military benefits and more.

Graduates of the online BAS in General Business degree completion program have marketable leadership and problem-solving skills for a wide range of business career paths. The analytical training you gain in this bachelor’s program will make you an asset to employers, and the teamwork and communication skills you develop will help ensure your success.

After completing your program, you’ll be able to:

Rod is an assistant professor and graduate coordinator in the Department of Business at New Mexico Highlands University focusing on the topics of entrepreneurship and project management.

Rod has spent the last decade working with companies such as Intel, HP and DreamWorks Animation SKG to develop first-of-its-kind products and technologies around the world.

At Intel, Rod founded and managed Intel’s worldwide Community Solutions Program – this multi-billion dollar program paired Intel technologists and resources with industry experts outside of Intel in various industries to create new products. Rod’s team created the first robotic pharmacy in the US, the first wireless hospital in Italy, the first wireless school in Central America and global technology infrastructure for the US National Hispanic Cultural Center.

Later, Rod collaborated with DreamWorks Animation SKG to develop a new technical model for rendering animated images used in motion pictures from geographically remote locations. This new technical model was used in the production of Academy Award® nominated movies such as Shrek Forever After, Kung Fu Panda 2, and How to Train Your Dragon, Despicable Me, and Puss in Boots. This technical process has since become an animated motion picture industry standard.

Rod is the author of the Ben and IQ Explore children’s book series. This series, which premiered spring 2017, and has gone on to entertain and educate children on various topics from gardening to healthcare with three books.

Rod has received numerous awards including Intel Corporation’s Pegasus Award for outstanding creativity and entrepreneurship, the Dream Builder of the Year Award from the US National Hispanic Cultural Center for outstanding educational leadership and a Creative Visionary Award from the City of Albuquerque (NM).

Faculty members in our bachelor’s program are committed to providing excellent education and one-on-one advising on coursework, career paths and more. Because our instructors come from diverse backgrounds, you’ll benefit from their academic expertise and industry knowledge.

Highlands University faculty prepare students for the challenges of the fast-paced, global business world. Through a combination of practical application and in-depth business theory, they ensure students graduate as competent, ethical professionals and managers.

Online students have access to the same quality education that students at New Mexico Highlands experience on campus. Through engaging coursework and ongoing communication, our faculty ensure that you are challenged while still maintaining the flexibility you need in your busy life. Small class sizes allow you to connect with classmates and be part of a supportive, cohesive program.

Explore our frequently asked questions. If you don’t find what you’re looking for, feel free to reach out to us for assistance or more information.

You can complete the program in as little as 21 months. Most students finish in 21 months. To see the curriculum, view our courses page.

Tuition for the BAS in General Business is $19,500. You need to complete 60 credits at $325. You can review all costs on the tuition page.

No entrance exams are required for admission. You can access complete requirements on the admissions page.

We offer five start dates throughout the year, so you can apply to the BAS in General Business program anytime. Our dedicated enrollment team can help you determine the right start date for your schedule and goals.

This program does not include concentrations. However, the customizable nature of the curriculum allows you to specialize your studies by choosing nine electives that align with your interests and professional goals.